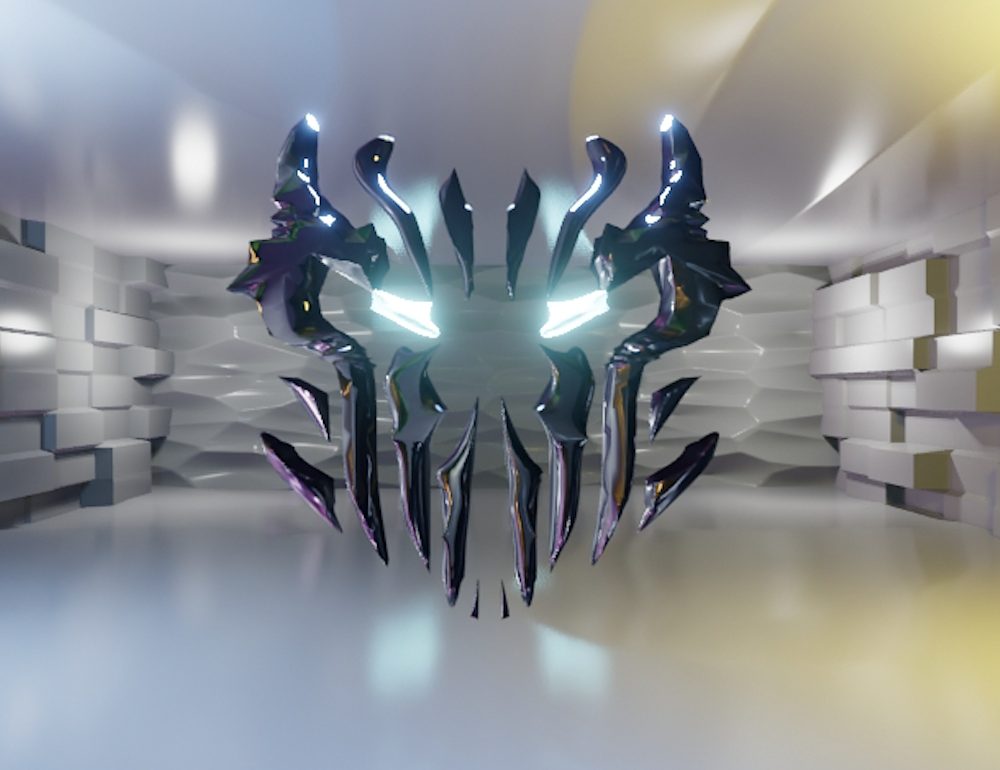 Beseech The Scars – Whilst Hidden

Production:
Whilst Hidden is a 7-string stomper, with a good, groovy bounce.
The Theme of the song has not yet been revealed, although there are some clues within the lyrics if you listen hard enough.
This was recorded using Steinberg’s Cubase 10, a product that we’ve long since sworn by, recorded on the ever-reliable Aston Spirit (a personal favourite of Rev’s), using Ibanez Guitars, and the 5-string Dingwall NG2.
The song itself blasts along with unforgiving intensity.
The seven-string guitars attack mercilessly to meet the vocal melody born of pure scorn.

Animation:
The concept we arrived at was a lyric video with a more involved experience.
We created a city scene from an asset pack to take the viewer on a first-person flight through a vibrant industrial city, one that captures the evocation provided by the low-tuned guitars in its grimy walls and inviting advertising, dirty, thumping basslines in its unforgiving streets, and blast beats reflected in the moody lights that hold the atmosphere.

We started with a small asset pack that was expanded and manipulated to look bigger and more complex.
Lending a sense of depth to the city was important, which meant the use of bridges and elevating or shrinking the buildings and the use of clever camera work (fig.1).

The next step was to set up lighting rigs throughout the map in order to keep the user’s view illuminated, and capture the city’s true feeling of desperation and hopelessness (fig.2).

To build on the depth aspect, an irradiance volume was introduced into the scene (fig.3) to not only invoke a feeling of claustrophobia but to also set in a sense of darkness, highlighting the life going on inside the buildings of which our hero neither welcomes nor do they wish to be an active part. This city belongs to them, and they move as freely as they wish.

The next challenge was inserting the lyrics, which were first laid out and left outside the city to be able to call upon later (fig.4 & fig5).

We used a fun technique using the text to create the Neon Text and applied it to our font, making it our own using a similar node tree setup, for other parts of the scene (Seen in fig.7).
The next part was one of the most complex; setting the animations for the lyrics (fig.8), and placing them where needed (fig.6).

We wanted to create a real feeling of someone at times barging through objects and kicking things out of their way to enforce the relentless nature of the song – see fig.9.
We saw the character as a person with a goal to achieve, and a planned route through the city, so to have them decimate the things in their path helped to create an air of realism, and brought the video itself to life.
Giving the words and letters characters of their own gave the video a slightly more organic and at times comedic feel. It wasn’t enough to simply let the camera do the work for us but to invite a sense of this city living and breathing, having the words be its citizens going about their lives, having their day interrupted by our hidden protagonist.

As a final slice of fun, (as animators often do to prevent themselves from going insane) we inserted little Easter eggs for Eagle-eyes.
Small remarks help weave the lyrics into the scenes as neon signage.
There are many others hidden within the video. The photo below is one such example.